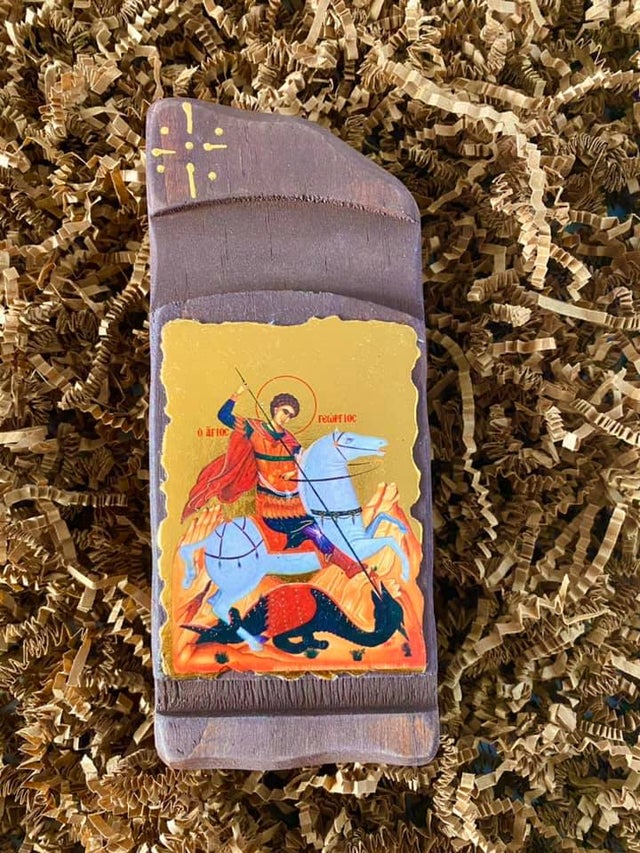 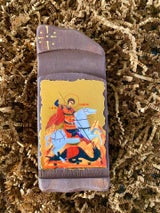 It is a very unique and beautiful icon to display in your home or to give as a gift to any Georgios in your life!

Saint George, was a Roman soldier of Greek origin and a member of the Praetorian Guard for Roman emperor Diocletian, who was sentenced to death for refusing to recant his Christian faith. He became one of the most venerated saints and megalo-martyrs in Christianity, and was especially venerated by the Crusaders.

In Greek the name George is derived from a word meaning husbandman so in the texts for the day there are constant references to St. George as a spiritual husbandman, scattering the seed of the Word and cultivating the barren ground. The Orthodox Church celebrates his memory at April 23.