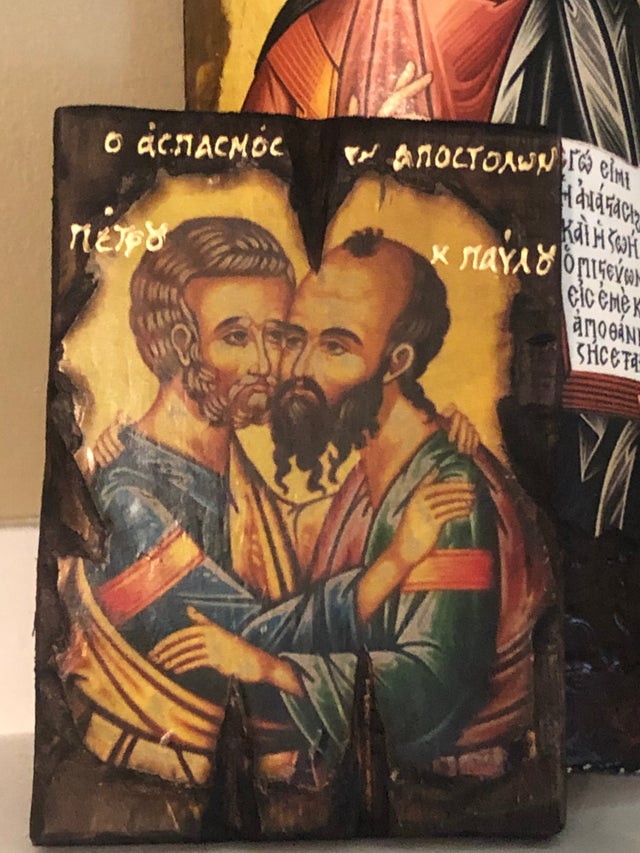 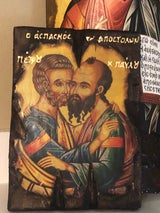 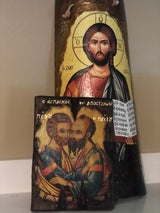 On the 29th of June the Greek Orthodox Church celebrates the feast day of Agios Petros and Agios Pavlos.

So important is this celebration in the Orthodox Church that it is marked by a preparatory fasting period – called the fast of the apostles – beginning from the Monday after Pentecost and lasting until the eve of the feast day of Agios Petros and Pavlos. Known for spreading the word of Christ and Christianity.

Handmade in Greece by Xara

Significance of this icon:

If you are wondering why these two apostles, in particular, are celebrated on the same day, Petros was one of the twelve whereas Pavlos was not. From the Biblical evidence, Petros’ ministerial outlook was very different from Pavlos’. At the council of Jerusalem (48AD), great problems had arisen in the Church from a large influx of Gentile converts and these saints had different opinions as to how they should be received. Yet we find that not only are they celebrated on the same day, but even icons of Agios Petros and Pavlos portray these two major apostles embracing each other.

Historically the reason why the Church combined the feast day of the two apostles into one was that they were both martyred in Rome and on the same day. There is a very ancient tradition which claims that they were both executed during Nero’s persecution approximately in the year 68AD. For this reason, probably from the fourth century onwards, the Church in Rome came to celebrate the feast day of these two apostles on the 29th June where they were martyred.