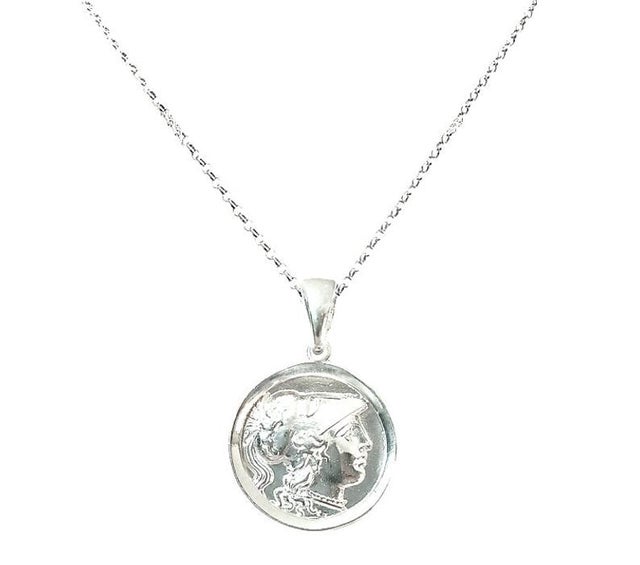 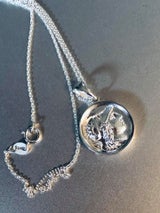 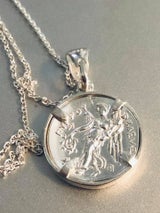 This unique pendant is handmade in Greece and represents one of the first ancient Greek coins minted between 510-550BC for the city of Athens. It features the Greek Goddess Athena on one side and the winged Nike, the Goddess of Victory on the reverse. It is made of .925 sterling silver and hangs on a matching chain

Reverse Side: The winged Nike, the Goddess of Victory with an olive wreath in her left hand and royal scepter in the right.

Made in Greece by Rosana

Athena was Zeus' favorite daughter. She was beautiful, brave and very wise. She was highly esteemed by the Greeks for she personified the most important ideals of the ancient Greek spirit, prudence and bravery. She was the goddess of wisdom, protector of cities who ensured a peaceful life for its citizens. She was also the the goddess of war and power, the one who would greatly contribute to final victories in the battlefield. She is often represented as triumphant with a small figure of Nike (Victory) in hand.