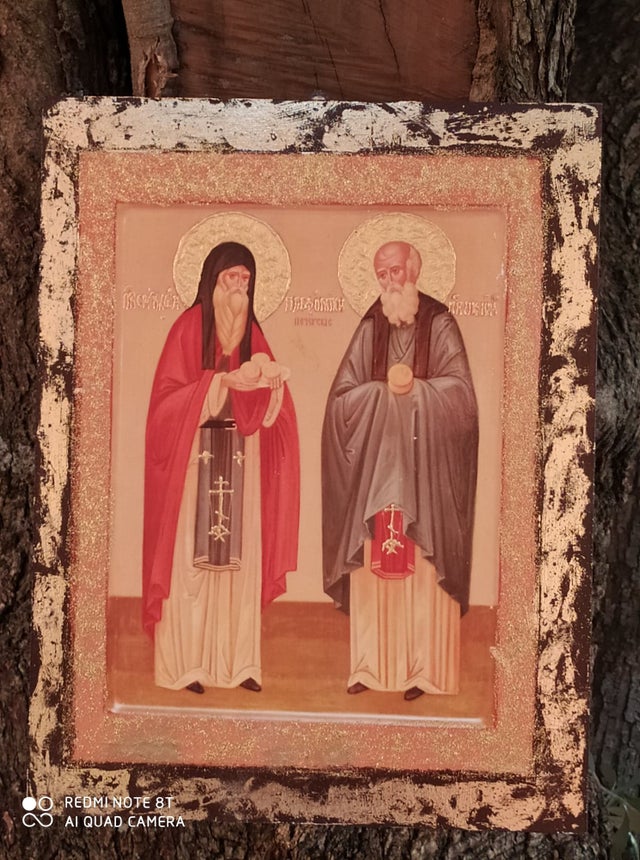 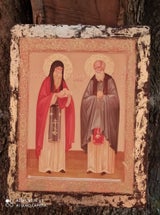 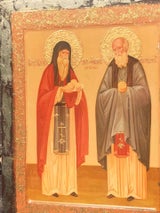 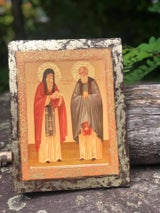 Saints Spyridon and Nicodemus, the Prosphora-bakers fulfilled their obedience of baking prosphora for thirty years. The ascetic combined his work with unceasing prayer and the singing of Psalms. Even during his life, Saint Spyridon was glorified by miracles. He was illiterate, but knew the entire Psalter by heart.

Once, his mantle caught fire from the oven. The fire was put out, but the mantle remained whole. Saint Nicodemus labored with Saint Spyridon and led a very strict life. They are both commemorated on September 28, and the second Sunday of Great Lent.

Made in Greece by Xara