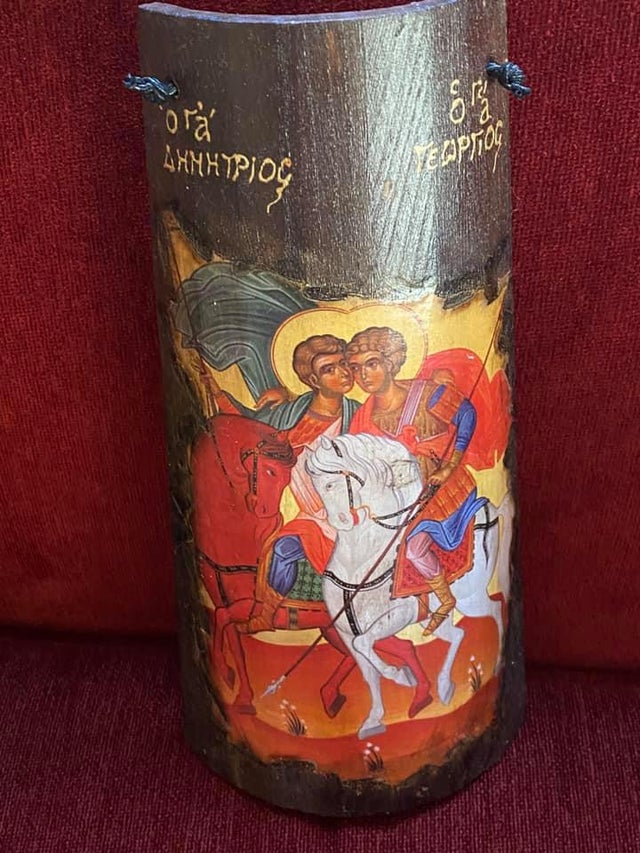 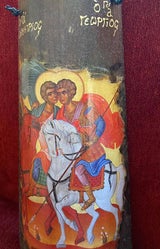 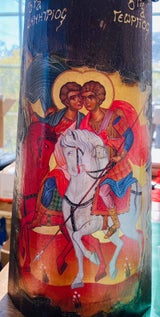 The saints are George and Demetrius

Eastern traditions distinguish the two as Saint George rides a white horse and St. Demetrius a red horse. Saint George can also be identified by his spearing a dragon, whereas Saint Demetrius may be spearing a human figure, representing Emperor Maximian, or sometimes the figure is said to be the gladiator Lyaeos, who according to the story was responsible for killing many Christians.

Saint George was, according to legend, a Roman soldier of Greek origin and officer in the Guard of Roman Emperor Diocletian, who was sentenced to death for failing to recant his Christian faith. As a Christian martyr, he later became one of the most venerated saints in Christianity and in particular the Crusades.

He is depicted as a Roman soldier and always shown on a white horse,

Saint Demetrios of Thessaloniki is a Christian martyr of the early 4th century AD.

During the Middle Ages, he came to be revered as one of the most important Orthodox military saints, often paired with Saint George.

These icons are handmade, special wood from Greece that has been treated and shaped with an image burned into the wood.

Made in Greece by Xara