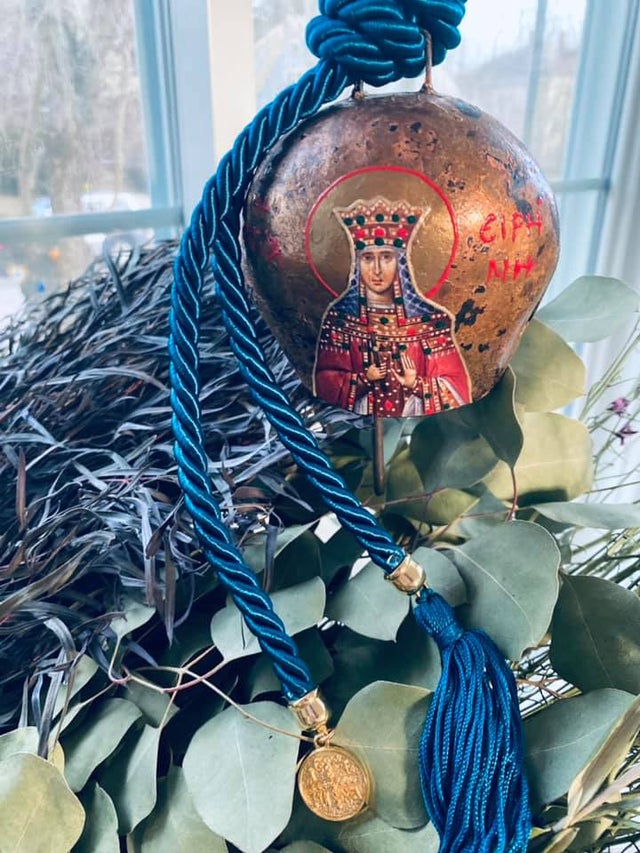 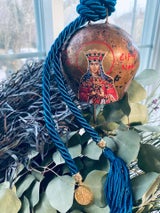 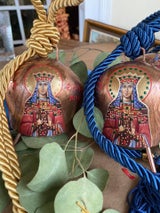 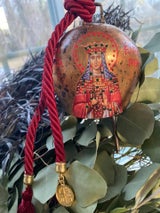 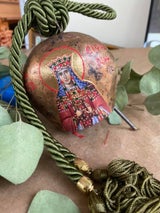 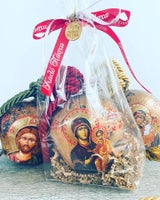 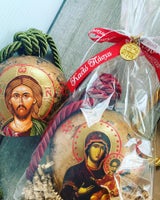 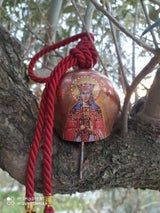 A special collection of icons presented on 100% copper sheep bells of Greece, Display in any room of the house by the elegantly attached rope.

Every piece comes on a thick rope cord with tassels.

Made in Greece by artist Andromahi of Lesvos

Part of The Original Sheep Bells of Greece collection ®

An exclusive product of Taste and Art of Greece

﻿From March 29th through Easter May 2nd, all sheep bells will come with special packaging, similar to photo shown (we may change the charm tag based on availability)

On May 5 the Greek Orthodox church commemorates the Feast Day of Agia Eirini, the Great Martyr.

Saint Irene was the daughter of a princelet called Licinius; named Penelope by her parents, through a divine revelation she was brought to faith in Christ and at Baptism was renamed Irene.

In her zeal for piety, she broke in pieces all the idols of her father, who commanded that she be trampled underfoot by horses. But while she remained unharmed, one of the horses rose up and cast down her father, killing him. By her prayer, she raised him to life again, and he believed and was baptized.

Saint Irene suffered torments and punishments for her faith but was preserved by the power of God, while working dread miracles and converting many thousands of souls.

At last, she came to Ephesus, where she fell asleep in peace, in the first half of the fourth century. Two days after her death, her gravestone was found lifted off, and her grave empty.